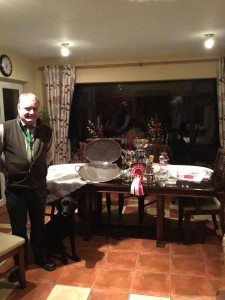 Congratulations to Donal Donohue, Durrow and his Labrador “Georgias Hollystone Hope” on winning the Irish Kennel Club’s Retriever Championship 2014. The competition was held in Coolattin Estate on December 28th and 29th last and with forty two dogs qualifying from the qualifiers the competition was very strong and intense. The competition was over two days with sixteen going into next round and on the last day only six competed for the title and the Gun Choice Trophy. Donal and his dog beat all in sight and are worthy All-Ireland champions. The competition was sponsored by Connolly’s Red Mills, Goresbridge and Donal was presented with several trophies to mark his great win. To find out more Donal and the competition are featured in Irish Shooter’s Digest current edition and there is a full page photograph of Donal on the cover. Available in Lawlor’s Gala and all newsagents. A marvellous achievement and Donal is wished the very best when representing Ireland later in the year. 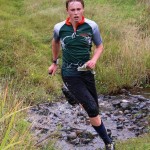