SCOIL TIGHEARNACH NAOFA CULLOHILL: Congratulations to the camogie team who won the Division 1 Cumann na mBunscol final on 28th May. The boys were runners up in Division 1 Hurling Final on the same day. On Wednesday 17th June the boys were victorious in the Division 1 Rounders Final. This was a great achievement as this was the first year the school entered the Cumann na mBunscol Rounders   competition. Sincere thanks to all the coaches who helped the children during the year. Best wishes to all our pupils and past pupils who are taking part in Féile na nGael hurling and handball finals this weekend. 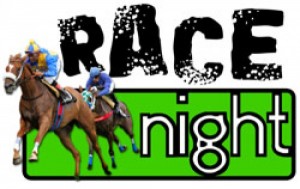 Best of Luck: The U14 Feile Team are off to Derry this Friday, June 19th. The Harps GAA Club wish the team, the mentors, their friends and families the very best of luck!

Kit for Kids: SuperValu, Ballyragget are currently running a Kit for Kids promotion whereby if you spend €40+ in a single transaction you will get a voucher for your chosen club: The Harps GAA! When 2000 vouchers have been accumulated, SuperValu will award the club a free Kit for Kids!

Intermediate Hurlers: The Intermediate hurlers are still in search of their second win in the Division 2  league following their loss to Borris-Kilcotton last weekend. This Sunday, June 21st they face Trumera at home in Durrow GAA grounds at 7pm in this final round of the league. Lets hope the lads can pull off a victory over a good Trumera side. Please come along and support them and be the 16th man.

Junior Footballers: The Junior footballers have finished the Division 4 league for this year after a rather disappointing finish to the campaign where they lost heavily to Killeshin before giving a walkover to Arles-Killeen in the final round. Hopefully they can pick things up going into the Junior A Championship on July 24th against Ballylinan. More details on that game later.
Junior Hurlers: The Junior hurlers maintain their Division 4 status for next year after beating Rosenalis on a scoreline of 1-16 to 2-11 last week. The final game against Clonad did not go ahead with The Harps being awarded the walkover. The Harps finished seventh out of the ten teams competing. The Junior hurlers will next play Rathdowney-Errill in the Junior A Championship on July 26th. More details later.

Minor Hurlers: Harps Gaels Minor Hurlers will face Clough-Ballacolla in Ballacolla GAA grounds at 7.45pm on Monday evening, June 22nd. Please come along and support the young lads. The June 25th fixture in the Kilkenny League against Freshford is uncertain as it clashes with the Seniors game with Castletown – so please check our Twitter or Facebook pages for news on any possible re-fixture details.