Galway Fest 2015: Registration for Galway Fest 2015 is now open and the Whitewater events will take place on Saturday 7th March and the Freestyle events take place on Sunday 8th March. Kayakers can participate in both events or one event. If the water levels in Tuam are good then this year you can avail of some free freestyle coaching before and during your competition rides courtesy of the Irish Freestyle Kayaking Team. We wish club members the best at the events.

Vicarstown Paddle: The clubs Vicarstown Canal paddle on Sunday 22nd February was a warmer trip than the previous January one and club members had an enjoyable day.

Freestyle Team Trials 2015: The Freestyle 2015 World Championships Team Trials training continues and the trials will take place in Limerick from the 21st of March 2015 until the 23rd March 2015.

Interested in Kayaking: As is standard and due to the shorter evenings, paddling will now be on at the weekends only. If you are interested in taking up paddling, we will be having training sessions in the coming months as the evenings get longer and these sessions are a perfect opportunity to try it out. Please keep an eye out on Facebook and on our website for details at www.laoiskayak.com online. 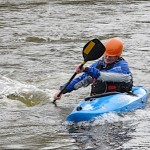 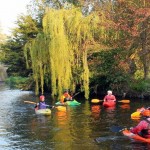 Club members to partake in UK race this Easter