TULLAMORE SHOW 2018: Congratulations to the Lawlor Family, Bridge Gardens Durrow on doing exceptionally well at the Tullamore Show on Sunday August 12th last. Harold (Boss) gained second prize in the Bridge House All–Ireland Collection of Vegetables narrowly defeated by Raymond Higgins. This is a great achievement as Harold has just celebrated his 95th birthday recently! His son Martin representing Lawlor’s Gardens swept the board in the Dahlia section. Martin won the Midland Dahlia Championship and the best vase of Dahlias at the show as well as eight first prizes, five second prizes and five third prizes. Martin’s next show is the National Dahlia Championship in the Naul on Saturday, September 8th next. Martin’s son, Colin also won a first prize for his basket of Salad dishes in a truly stiff class. The boss and Colin won a few other prizes in the vegetable

section. Overall a good day for the Lawlor’s! 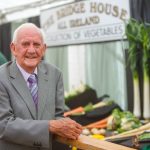 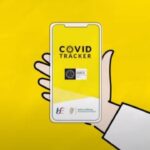