Last night, Tuesday April 12th, the National Hurling Coach – Paudi Butler visited the Harps GAA grounds in Durrow to give a ball wall session with both juvenile and senior teams. Everybody was put through their paces and new skills were learned. It was a fantastic occasion for the club and was the first major use of the facility since it’s completion at the start of April. Great thanks to everyone who helped make the night a great success. 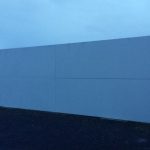 New Ball Wall a testament to the Strictly Come Dancers