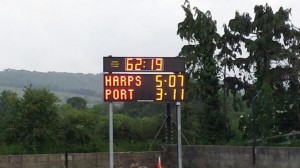 Senior Hurlers: The Harps Senior Hurlers continue their Championship campaign on August 15th in O’Moore Park at 7.30pm where Clough-Ballacolla will provide stern opposition in this next fixture. We appeal to all in the Parish to get behind the hurlers and roar them on when they take to the field next Saturday evening to represent our community.

Intermediate Hurlers: The Intermediate hurlers face Portlaoise in Shanahoe GAA field on Friday, August 14th at 7.15pm for their next Championship showdown. Best of Luck lads.

All Ireland U16 Poc Fada: A huge congratulations to Podge Delaney who came third in the All-Ireland Poc Fada Finals last Saturday. Podge has done the Club proud this summer in claiming the Laois Title and the Leinster Title. Well done Podge – a credit to the community.

Junior Footballers: The Harps Junior footballers exited the championship last Thursday, July 30th after losing to Stradbally in their second game. Played in Crettyard, this was a close encounter and there was nothing separating the teams in the opening 20 minutes. With the ever reliable Jim Campion accurate from free’s and from play the sides swapped scores in the opening minutes as both teams fought to put their stamp on the game. A fine point from play by Shane Donoghue was answered by a converted free for Stradbally.
In a low scoring game goals were going to be vital and Stradbally hit The Harps with two sucker punches just before half time when they netted twice in the space of a few minutes to leave the half-time score at Stradbally 2-04 to The Harps 0-04. There was no panic at half time as our players knew they were every bit as good as Stradbally and the second half started out just like the first 30 minutes as the teams      exchanged scores with Jim Campion hitting some good scores. The Harps were clawing their way back into this game but while Stradbally had limited point taking ability, a high ball into their giant full-forward paid dividends as he caught, turned and crashed to the net to push their lead back out to 6 points. To their credit, The Harps refused to throw in the towel and a few minutes later Michael Dooley was brought down when through on goal and Jim Campion made no mistake with his penalty kick. The next score would be vital and unfortunately another high ball into the Stradbally full-forward line resulted in another goal to push the deficit back to 6 points once again. With time almost up The Harps launched   attack after attack but luck was not on their side and Stradbally ended the scoring with the final point of the match. A disappointing end for our footballers who were missing some key players for both championship games. Great credit must go to Gabby Irwin and Dave Finnegan who really tried to drive the team on this year but it wasn’t to be. The Harps: 1.Kevin Donoghue; 2.Cormac McCann; 3.James Shortall; 4.John Dunne; 5.Joe Murphy; 6.Tommy Moore; 7.Diarmuid Irwin; 8.John Finnegan; 9.Shane Donoghue; 10.David Doheny; 11.Niall Brophy; 12.Lee Campion; 13.Michael Dooley; 14.Ger Alley; 15.Jim Campion.

Race Night 2015: The Harps GAA Annual Race Night took place on Saturday, July 25th in O’Connell’s Bar, Cullohill and overall was a great success. The Club is very grateful to all those who bought horses and of special mention to the business community who advertised in our programme in stronger numbers this year. With all the fundraising activity of late it was a fantastic response to our efforts to raise much needed funds for the day-to-day running costs of our Club. Well done to all.

Golf Classic 2015: Following on from the success of the Club’s Race Night, Bank Holiday Monday saw the Annual Golf Classic in aid of the Juvenile Club take place at Abbeyleix Golf Club – again a great show of support was noted and was most appreciated. 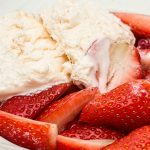