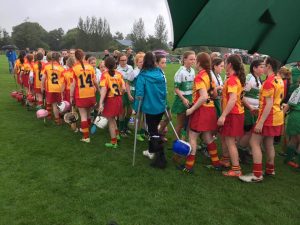 A historic day for our Camogie club and for our super U12 girls who claimed our first U12 county title last Sunday. On a wet day in Mountrath GAA Grounds our girls got off to a great start and dominated possession. Two early goals from Lucy O’Connor settled the nerves. Portlaoise began to settle into the game and a long ball in deceived the backline and found its way into the net. The Harps replied in great fashion scoring 2-01 in quick succession with the scores coming from sharp shooter Lucy O’Connor and Amy Lacey. Portlaoise finished strongly in the last few minutes of the first half scoring 1-01 which left the half time score at 4-01 to 2-01 in favour of our girls.
The second half saw a determined Harps team lay siege on the Portlaoise goals again and the hard work resulted in in two quick goals in succession from Lucy O’Connor and Amy Lacey. Great defending from the Harps girls kept the Portlaoise attack at bay and they only managed 1 point in the second half. Lucy finished off the Harps scoring with a point just before the final whistle sounded much to the delight of the girls, management and supporters. Great credit must go to all the girls.
Cara in goals was rock solid. Her backline of Ella, Aislinn, Lisa and particularly Una were excellent. The midfield partnership of Abbie, Emma and Rachel worked tirelessly helping out their backs and giving great ball into their forwards. Upfront Lucy, Amy, Katie and Orlaith made great use of every ball that was hit into them and got some great scores. Blathnaid, Brid, Emma, Caoimhe, Eva and Rachel all played a great part when introduced. A real team performance. Also a big shout out to Abbie Gibbons who was injured today but has played a huge part all year.
Well done to Padraig, Kay and Joan for all their hard work with the girls all year. Well done everyone. We are very proud of you. Thanks to all the parents for their support and commitment all year. The team can take a well-deserved break now but remember to keep practicing at home and we’ll see you all back at training early next year. 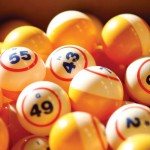