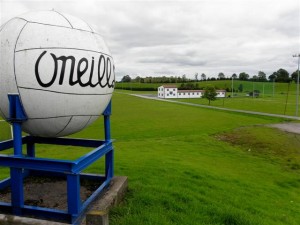 Last Monday evening the U14s got back to winning ways with a great victory over St. Josephs in the U14B Football League Final. The Harps won all their games in the league section but had lost to the same opposition by a single point in the Football Feile qualifier some weeks ago. The Harps had a strong wind in the opening half and led by seven points at the break with the goals coming from Conor Delaney and Jim Kirby. On the restart the Harps increased their lead with two additional goals but for the next ten minutes went totally out of the game and conceded 2-03 without reply. This left four points   between the sides and when the referee awarded a penalty the signs were ominous for The Harps.

However, Mikey Monaghan produced a great save and the ball came straight up the field with Lee Coffey finishing a great move to the net. This was a match winner and from here on The Harps never looked back and ran out convincing winners on an 8-09 to 5-07 scoreline. Captain Ciaran Shortall received the cup on behalf of the team after the game. The team now look forward to the U14 Hurling and Football Championships and are training hard to achieve success in both these competitions.

Appeal: Please email any photos of the team to theharpsgaa@gmail.com for inclusion. 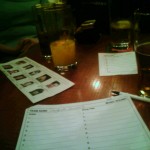