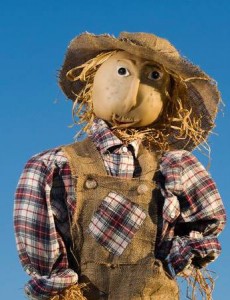 As the festival draws to a close after nine great days, Durrow Development Forum would like to thank everyone who supported the festival in any way, particularly all the volunteers. This is a community festival run entirely by volunteers with every cent raised being used to enhance our town. Repeat visitors to our festival will have    noticed the great work that has been done around our green area (new footpaths, lighting etc…) Proceeds from the festival for the last number of years, have been used to part fund this project. Proceeds from this year’s festival will go towards the cost of Phase 2 which will see the smaller green completed. Thank you to everyone for your continued support.

TG4 film the Scarecrow Festival: For two days during the Scarecrow Festival the TG4 TV crew were in Durrow following the path of six Scarecrows they monitored from six Gael Scoil throughout the country in the previous three months. The Scarecrows were created by the pupils in these schools and were then sent on their way to Durrow by various different means of transport. On arrival in Durrow the TV crew met the scarecrows and filmed their new place in the festival.
On Thursday the TV crew filmed all the entries of Scarecrows in Durrow. The seven part programme will go out in the afternoons on TG4 during the childrens programme titled “An Fear Breige” and it is due to start on TV in early September. Well worth Watching!
Scarecrow Raffle Winners: First – Night in Mount Juliet for Two: Brian Brett, c/o Mary O’Shea, Swan Rd, Durrow; Second – Wheelbarrow Hamper: Mary Doyle, New Line, Durrow; Third – Moynan’s Fuel Voucher: Breda Dooley, Rathmakelly, Ballacolla; Fourth – Dunnes Garden Centre Voucher: Helen Neary; Fifth – Castlewood Organic Farm Shop Voucher: Ann-Marie Corrigan, Kilkenny. 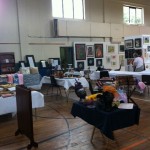 Thinking of exhibiting Arts & Crafts at the 2019 Scarecrow Festival? 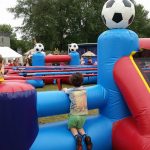