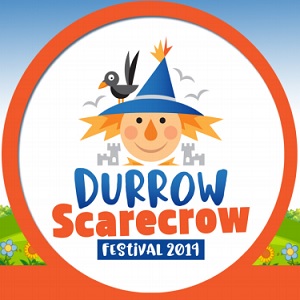 MAGIC SHOW: Brian Daly Magic Show at Durrow Scarecrow Festival 2019 – We are thrilled to have Magician, Brian Daly performing at this year’s Scarecrow Festival!!! As funny as they are amazing, Brian’s shows really are worth catching, and both young and old will be enthralled! Brian will appear (see what we did there?!!!) in the Scarecrow Village, on Sunday 4th August for two shows!!! The first show is at 11:15am, and the second takes place that afternoon, at 2:30pm!
“Magician Brian Daly is bewildering and hilarious in equal measure. His shows are composed of jaw dropping magic and illusions, as well as side splitting comedy, with routines devised for a range of audiences. Having performed at exclusive events for some of the world’s top companies and at family festivals, Brian has a particular style that has the 40 year olds as entertained as the 4 year olds.”