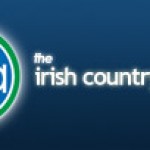 The monthly meeting was held in the Community Centre on last Tuesday and all were welcomed to the meeting. Votes of sympathy and prayers were said for the following; the Dunphy family on the death of Dom Angus Dunphy, Eileen Ryan on death of Mick Ryan, Duggan family on death of Peadar, and nephews and nieces of the late Jack Fitzpatrick, Ballykealy. The minutes of the AGM were read and membership was collected for 2014. Some members will travel to Spink for the ICA Choir   Concert. Congratulations to Abbeyleix ICA on achieving a hundred years in existence. Two members were chosen to attend Laois Week in June. Four or five members will attend the Federation AGM in Mountmellick on April 23th. Happy Easter to all! The next meeting will be held on May 6th.