Double wins for Our Lady’s Meadow in Hurling and Football

Our Lady’s Meadow boys did the double this year. They won both the hurling and football finals. Congratulations to the boys who added to their trophy collection by winning the Division Three final in O’Moore Park, Portlaoise. Under the guidance of Coach Dervla Dunne, the boys showed great determination to defeat Kiladooley by six points. It was a hard fought encounter with Kiladooley taking an early six point lead.

The Durrow boys settled down and worked out points thanks to the free taking of Cathal Murphy, with points and a goal from play from Charlie Murphy this brought Durrow to a two point lead at half time. An early goal in the second half from Kiladooley gave Durrow supporters cause for shortened nails but with the aid of our hard work at defending in the backs, Stephen Murphy, Ciaran Flynn and Adam Walshe, midfield from Darragh Kelly and Daniel Dooley and the steady hands of Eoghan Whelan in goal the forwards had the lion’s share of quality ball.

Forwards Charlie Murphy and Cathal Murphy and Daniel Murphy (no relation) combined well to etch out scores despite great defending from Kiladooley. Subs on the day were Séan Curran, Daniel Bowe, Keelan Carroll, and Neil Cronin. Absent from the team on the day were Oisín and Darragh Conroy who played in previous rounds and contributed hugely in the semi-final victory over Ballinakill. Well done to all. The Final Score on the day was Our Lady’s Meadow School 3-11 V 3-05 Kiladooley. 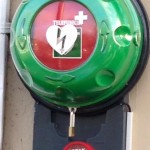