CHURCH GATE COLLECTION: The Annual Church Gate Collection in aid of Epilepsy Ireland will take place on the weekend of December 12th and 13th. Members of The Harps GAA will be present collecting donations outside the Church gates before Mass times and your support would be most appreciated. 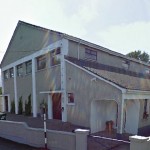