Harps U13s – This Saturday the U13 Hurlers played their first game in the U13 League. The opposition was Portlaoise and next week they play Abbeyleix and then Ballinakill in the final group game. First and Second in the group then go forward to the semi finals. Last year The Harps won this competition which gave them great confidence going in to the U14 Feile competition earlier this year. Hopefully this year’s games can go equally well!

Liam O’Neill launches 5 Year Plan –On Thursday, October 1st last, over one hundred members and supporters attended the newly constructed gym building at the Harps GAA grounds in Durrow to see the former GAA President Liam O’Neill address the audience and launch the Club’s five year plan 2015-2019. Chairman Seamus Campion welcomed all in attendance including PJ Kelly, development officer with Laois GAA County Board. In his address Liam O’Neill paid tribute to Seamus Campion, Dave Finnegan, Billy McEvoy and Tom Jones for their hard work at different stages in bringing the plan together along with all the club members and supporters who were present at the initial forum night in Cullohill Community Centre and follow-up sub-forum meetings. He said that the document was a plan of all the club members and supporters that have helped shape and determine its content and a plan that all can be proud of.
Liam spoke highly of The Harps for the great strides made in recent times which has seen the Juvenile pitch, Gym building and scoreboard all completed. He urged all to continue to work on implementing the plan as much as possible and congratulated the club on drawing up a plan that was both realistic and deliverable. Chairman Seamus Campion thanked Liam O’Neill, PJ Kelly, Niall Handy and Tom Jones for attending and giving their blessing for the plan. Relating to both Liam and PJ’s mention of attracting more women to the club Seamus paid tribute to Maura Galvin, Claire Delahunty and Bredea Dunne for their trojan work and great determination since joining the committee. Seamus also highlighted Imelda Galvin who is the first female elected officer on the committee in the Club’s history. Imelda is the current Treasurer and Seamus praised her for the professionalism she brings to the post. The Chairman went on to thank everyone for coming and thanked all for their hard work in getting this plan in place over the past two years. A copy of the plan can be downloaded from www.theharpsgaa.com website. 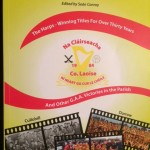 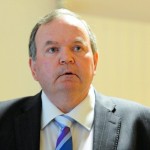 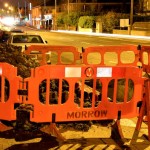