This morning’s solar eclipse passed off with out much incident with locals complaining about the veil of cloud spoiling the view. The day previous had been brilliantly sunny and spring-like and many were hoping that the fine spell would hold out another 18 hours to catch a glimpse of the celestial show.

The moon passing between the earth and the sun blocked out 92% of available light at it’s height in Durrow with places further north and west in Ireland getting a 1% or 2% further reduction. The only outpost of Irish soil (or lack of) to catch as-good-as-totality was the isle of Rockall some 200 miles from Donegal headed for Iceland where 99.6% of light was blocked. Unfortunately, there was nobody there to see it!

Back in Durrow, it got quite dull with local traffic having to use their lights as well as anyone indoors. Birds took to the air to make their journey to nest whilst the local weather station noted a drop in temperature of 0.5c (~1F). As the light grew stronger once the moon began moving off the path of sunlight a clearance in the cloud extended from the northwest to give onlookers a chance to view part of the sun obscured by the moon.

The next solar eclipse (not a full one either) is due in the year 2026, though a lunar eclipse is due this September when the earth passes between the sun and the moon to give a blood-red moon. So, book that in your diaries and hope for better weather conditions then! 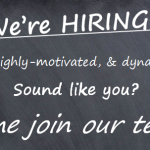 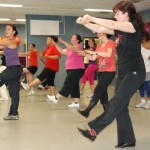