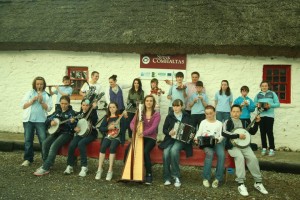 SPINK COMHALTAS CONCERT FOR MS LAOIS: On Saturday 30th March, Spink Comhaltas will host a memorial concert for the late Tom Bonham and all the proceeds will go to MS Laois. This concert promises to be a great event with top class traditional Irish music complemented by choral music from Abbeyleix/Ballyroan choir. Tickets for the concert are €15 and are available from Spink Comhaltas. It is recommended that anyone intending to go to the concert get their ticket soon – this concert will be sold out in advance of the performance on the night. It will take place in the Manor Hotel, Abbeyleix, starting at 8.30pm. Tickets can be purchased at Anita’s Hair Salon, Abbeyleix, from Spink Comhaltas on Friday 15th and 22nd March in Knock Community Hall, Spink from 6pm, or by email music@spinkcomhaltas.ie The concert is the latest initiative for Spink Comhaltas. “Every year we have tried to build on the work of previous years and try a new initiative”, said Lawrence Vesey, Chairman of the branch. “We have a very active branch will in excess of 130 members and provide comprehensive music classes from beginners to adults. Over the last number of years we have been fortunate to develop some really excellent musicians and we are really grateful that as they have turned 18, they have remained committed to continuing the work that Spink Comhaltas does. Our concert will feature a number of our senior musicians in addition to our current junior musicians.” Spink Comhaltas has a strong track record in running music events having hosted the Laois Fleadh Cheoil in 2014 and running a very strong and well supported summer seisiún series in Heritage House every summer over the last number of years. Spink has also encouraged its students to consider the Comhaltas SCT exams – very good exam results have been achieved in these over the last number of years with 3 musicians winning the Micheal O h’Eighinn Gold Medal for their final exam results. Lawrence Vesey noted that “while we have been very fortunate to have strong individual and group successes in competitions over the last number of years, our primary objective is to develop musicians with a love of traditional Irish music, strong music skills in their instrument, and to open up opportunities for them in music. To that end, one of our teachers focuses primarily on music appreciation, theory, repertoire and learning different music styles, while our other two teachers teach beginners up to advanced and prepare musicians for competitions if they so wish. This year we have started to build relationships with other Comhaltas branches around the country and had a very successful trip with some of our musicians to Galway where they met musicians from that part of the country and did joint music workshops together.” Spink Comhaltas has been very fortunate to have strong local community support, and the management committee have recognised this and appreciated this. So, when it came to running a concert it was an easy decision to decide to donate all the proceeds to a charity. Lawrence Vesey is confident that this concert will be a very good concert – “we will have a very strong group of musicians performing as a trad orchestra as well as singers, story-telling, dancers. The concert will feature All Ireland Champions and a very wide range of music arrangements. There will be a couple of arrangements in the concert which we hope will pleasantly delight our audience and have also been an opportunity to develop our own musicians. We are also very grateful to the support of Abbeyleix/Ballyroan choir who are taking part in the concert.” Check Spink Comhaltas’ web-site www.spinkcomhaltas.ie or Facebook for more details on where to get the tickets for this concert. It promises to be a great night. 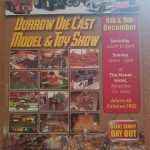 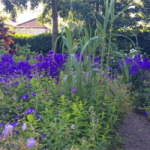