A very successful annual general meeting of the Woodenbridge Community Alert was held recently in Newtown Mill. The meeting which was attended by Sgt. Mark Doran held a very positive discussion on CCTV for the area. The importance of the text alert system and the continued support of all both inside and outside the area was praised. It was decided to hold a social event in the New Year. Former secretary Ann Marie Cannon who has moved from the area was thanked for all her work over the last number of years. Thanks was also extended to Tara at Newtown Mill for her continued support. Also remembered were a number of members who sadly passed away during the past year.
The meeting concluded with our brilliant catering committee providing mulled wine, tea, etc… for all. The officers elected were as follows: Chairman – Michael G Phelan; Vice Chairman – Kevin Galvin; Secretary – Anne Sharples; Assistant Secretary – Kay Geoghegan; Joint Treasurers – Liam Geoghegan and Michael Broderick; Tec – Kevin Brennan. 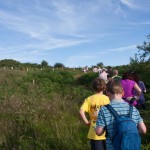 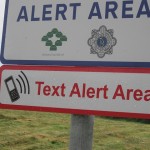