Home » Newsletter » You are reading »

Compiled By The Durrow Scouts

Thoughts for the day

There’s always a solution when a problem you’ve been set. There always is a way in which the challenge can be met.
There always is a means of getting over every fence, with just a little patience and a bit of common sense.

There’s an answer to the questions. Never have a doubt. You will get it if you are resolved to work it out.
A way round every difficulty you can always find – if you really tackle it, determined in your mind.

Make someone happy every day of every week.
Write a letter, give a treat or word of kindness speak.
Make things better for another, something do or say
To lighten someone else’s load or brighten someone’s day.
Go out love and you will find it comes back sevenfold.
Every day make someone glad, or someone’s faith sustain,
And in the evening you will know you have not lived in vain.

The Annual General Meeting of the Lions Soccer Club was held on Friday 16th July. It was very well attended. Votes of sympathy were extended to the Geoghegan family on the death of Con Geoghegan.

The following officers were elected:

The Lions Schoolboys soccer are holding a draw for a trip to Old Trafford to see Manchester United V Liverpool on Saturday September 26th. Tickets are on sale at £5 and the draw will be held in early September.

The Prize is for two people, return air fare, overnight accommodation in grade A hotel in Manchester and two stand tickets for the game. Your support will be much appreciated.

Requiem mass for the happy repose of the soul of Rev. Seamus Sheeran will be celebrated in the church of the Most Holy Trinity, Durrow on August 11th at 2.30 pm.

The Kidd Camp (for 4 – 7 year olds) was held over two weeks 20th July – 31st July. The highlights of this camp were: the bouncing castle, ball pool and play mat, which they had on one day each week, and the day trip to the Harper Farm, Bennettsbridge, which everyone seemed to enjoy despite the bad weather. On the final day the fancy dress competition was held and most of the children took part. The winners were: 1st Boys: Aaron Lacumber, 2nd Boys: Sean Brennan and 1st Girls: Kate Clancy, 2nd Girls: Emma Saunders. The children enjoyed all the various activities throughout the camp.

The Junior Camp ( 8 – 10 year olds) is in full swing. On Tuesday 11th August the children will go on their Day trip to Pirates Cove in Wexford where they will take part in different activities including crazy golf, bowling and fun caves. All the children are asked to be at the boys school by 9.15 am on the morning and they will return at 5.30 pm approx. We hope everyone will have an enjoyable day. The camp will end on Friday 14th August.

Camogie training will be held on Sunday 9th August at 2.00 pm. Under 16 Camogie Championship between Harps V Camross will be held on Wednesday next at 7.00 pm in Cullohill.

Harps U/10 Hurling League training has commenced in preparation for League. All interested between age 8 and 10 years only to attend training. Ring Tommy Walsh at 36411.

Next draw on Monday 10th August in the Castle Arms Hotel. Jackpot £600.

Durrow Carnival Weekend proved to be a great success with fine weather gracing the whole weekend. The carnival Queen for 1998 is Helen Sheppard representing The Durrow Inn. The Drag Queen is Miss Colleen, alias Jim Dwyer, representing The Nore Nets.

The Seven aside soccer proved to be a very close hard fought competition with the Castle Arms Hotel defeating Jack Phelans in a penalty shoot out in the final, after a 2-2 score in normal time. Star of the Hotel team was Seosamh Murphy who saved three penalties in the final.

Congratulations to Anita Kenny, Newtown, who graduated with a B.Sc. Honours in Radiography(Diognostics) from the Caladonion University Glascow.

Congratulations to Kathleen O’Sullivan, Ballykealy  and John Healy on their recent engagement.

Durrow & District Anglers were shocked and deeply saddened to hear of the sudden death of their chairman Con Geoghegan. Con gave a huge commitment, dedication, Loyalty and service to the club and will be greatly missed. Sincere sympathy is extended to his wife and family on their great loss.

Thanks is extended to the FAS team for their great work in the cemetary and church grounds in preparation for the cemetary mass and also for their work on the town for the Carnival Weekend. The people of the parish very much appreciate the work carried out.

Aminutes silence was observed as a mark of respect to the late Morgan Fitzpatrick RIP Abbeyleix. He attended every Sunday night and died suddenly on Thursday of last week.

The Senior Scout Summer Camp to the Burren Outdoor Education Centre Co Clare will commence on Monday 10th August. The bus will leave the church carpark at 1.00 pm and will return on Friday 14th at 6 pm approx. All scouts travelling must wear full uniforms.

Congratulations to Brian Shortall and all the Laois Minor team on their Leinster Hat-trick, from Tommy and Mary Walsh.

The christian solidarity party wish to thank the people of Durrow and surrounding area who so generously supported their collection on Thursday 30th July.

Best wishes to Rowena Saunders, the village shop Cullohill, on her marriage next week from all her customers. 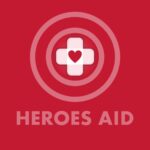 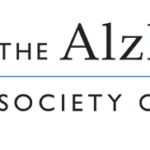 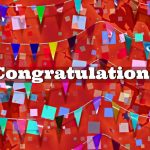