Thank You: The Harps GAA Club would like to thank everyone for their support of the recent Race Night held in O’Connells of Cullohill. The night was a good success and the club would like to thank all businesses for their sponsorships, all the people who purchased horses and to everyone who helped out and attended on the night – it was very much appreciated, many thanks!

Twitter LIVE! Updates: Some games will have live score updates on www.twitter.com/TheHarpsGAA 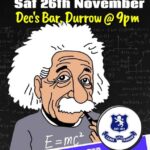 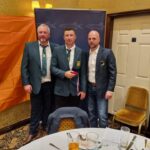