ICA members to be awarded Certificates

The Cullohill ICA group held their April meeting in the Community Centre on Tuesday last. Votes of sympathy were passed with the family of Sheila Moylan, Durrow and Tom Moore, Tubberboe and to Fr. Anthony O’Connor (former Curate in Cullohill) on the death of his mother. Members will attend the Federation Dinner Dance in the Manor Hotel where the National President Lizz Wall will present certificates to nine members that have over thirty years service with the ICA. The AGM of Laois Federation will be held in Abbeyleix Golf Club on April 22nd. Two members will go to An Grianan for Laois week from 15th to 19th June. Helen Muldowney, Ann Delaney and Mary Walsh won the raffle. The Next meeting will be held on Tuesday May 5th. 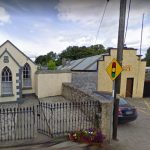