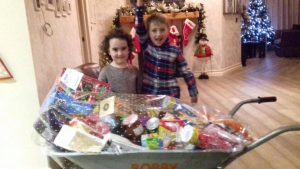 The Lions AFC held their Annual Monster Christmas Raffle draw in Dec’s Bar on Christmas Eve last and the following are the winners:

Thanks to all who supported the draw and the club wish a very Happy Christmas to all our players, supporters, families and sponsors.